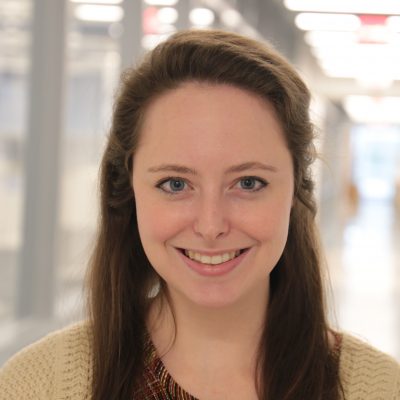 Emerson Hunter is a VMD-PhD student in the University of Pennsylvania’s School of Veterinary Medicine and Genomics and Computational Biology graduate group. She received a BS in Biology with a minor in Mathematics from Emory University in 2016 and spent several years working at the Yerkes National Primate Research Center studying neurodegenerative diseases and gene therapy. Emerson is interested in using a comparative genomics and evolutionary approach to medicine and pathology. Specifically, she is studying the role of transposable elements in cancer transcriptomes. Outside lab, Emerson enjoys spending time outdoors with her dog.